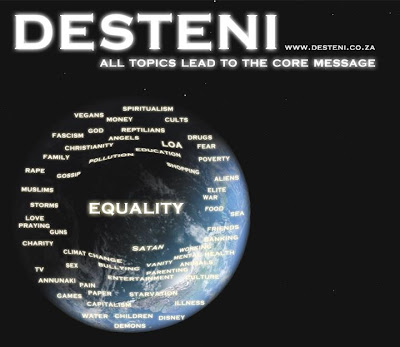 Ok – so what is haunting me, not only since the death but already before the death of B is that fear of being excluded from life what is self-doubt and self-interest as Ego, wanting to hold a door open to possibly get out of process through accepting failure/(my perception of) another saying i am not good enough and the point here is that holding on to knowledge/Information/Believes that i used to define „who i am“ to define my Ego.


(Prescript: Actually i am haunting myself with and as this whole Point, so time to sort it out)
Here one of the first memories is that point of the Video of those that know to much.


I was then living in the flat in Weidenbach – there is a resistance with writing about it, like heavy chlinging belive that i cant remember and also a grimness and a total inner conflict of „not wanting to believe the Destenimessage or kind of want prove that i am not a system, that it cant be, actually i was thinking that „i feel good, what the heck, my life is pretty decent – i have this and this and this and that – i do not drink so much/anymore – i am fine and kind of mastered myself“, while in fact i was sitting on a massive vulcano of anxiety, feeling less then, inadequte and not good enough – So when happed that point exactly?

I see that i was at that time already active on the forum, at least with reading a lot of other people and when i look at it it was in a very judgemental, observatory, distant perspective – i wanted to „learn“ from them, without actually participating and exposing myself equally. Judgemental meaning that i was simply reading and „looking at them“ and more separating myself than to actually realize, see, face and in-depth understanding that i am exactly the same. I wanted to get something out of it. With it came a Point of praising, admiring, adoring the beings that openly participated, JEALOUSY and then also a Point where i wanted to FIND FAILURE, like criticise, in my mind find ways to find failure and make everything in my mind seem „less then perfect“ actually to bring down in my mind what i percieved as superior/the right thing to do, to justify and make right myself within myself = which was only the perfect Picture/Image in my mind which is my Ego .


So here i can already see my desire/want/need to be perfect and at this point EQUAL to the other beings that percieved as more then me, not seeing that this was a bit of fucked up startingpoint because instead of EXPRESSING myself/working on my Expression, equalizing my Participation in the real world the physical process as for example in writing/SF, Contributing, Vlogs etc developing myself for real – i turned into myself, towards my mind and then manipulating the work of others, trying to find failure, weakness, critizising, to make myself in my own mind feel superior to just not face that the failure, less then, weakness, not good enough sits within myself as Self-judgements/Believes.


So i see that this is the Nature of „a Troll“ that is just there to attack, criticise, skepicise or create conflict/friction to their own benefit. And thus i was reacting towards the Video Bernard made on „Those that know to much“ where i felt called/caught out, embarrased, offended, inferiorated and put under major stress and anxiety. The backchat was „He cant do that, noone can simple cut me out , How can he simply decide or say such a thing, thats unfair, i didnt do anything, Why?, I will not allow this!“ and so in fact i was resisting and rebelling on what was shared, blaming B for the words and not realizing that i was fighting/restiting my own rection to the words. Which comes down to not wanting to face and see what my reaction showing what i have accepted and allowed myself and me not wanting to take responsibility for it.


I forgive myself that i have accepted and allowed myself to exist in and as a memory of me in my mind where i react in massive shock, fear, anxiety, stress that manifested on a physical level, emerged and posssed me when hearing the interview of Bernard and especially hearing key-words/and sentences like „some Trolls“ „they will never be part of Desteni“ and „its already to late for them in this live“.


I forgive myself that i have accepted and allowed myself to not see, realize and understand that i created this fear, anxiety, stress within myself and intead of taking responsiblity for my own reactions, projected them in separation of myself blaming Bernard/Bernards voice and words for the internal experiances i generated within myself.


I forgive myself that i have not allowed myself to see, realize and understand that i just reacted as my participation was not genuine but comming from a starting-point of Mind/Ego and thus who/what was really reacting to being called out was my ego as knowledge and information.


I forgive myself that i have accepted and allowed myself to in a selfrighteous manner claimed and believed that just because „I know that all life is equal, means that i am life and have some form of right to life“ instead of realizing that knowledge and living is two pairs of shoes and Equality is not real as a concept in the mind when it is not lived absolutley in every moment of breath.


I forgive myself that i have accepted and allowed myself to react to a point where i could not clearly understand the name/or what B exactly was saying in this interview and then went into my mind creating even more fear, anxiety and stress about „was this my name – did he mean me – does he say that i am not allowed to participate – that i am not acceptable – this is unfair“ and then creating a whole perpetual mindfuck around this point and going into Ego, whitout ever having the balls to actually ask or bring Clarity to the Point/my experiance in Writing it out and doing Self-forgiveness and without seeing that this was in fact my inherent Desire of Specialness wanting to believe that „i was meant“.


In this i forgive myself that i have accepted and allowed to not use the Opportunity that was presented to me by my own rections as me to sort Out my Judgements/Self-judgements and my judgemental startingpoint, but instead followed and went further into ego as fear.


I forgive myself that i have accepted and allowed myself to think and believe that i am experiancing this fear, anxiety and stress because i feared to be exclued by the group through/by some external force/judgement that i percieved to be B. Instead of realizing that i was busy excluding myself through/by accepting and allowing internal (Self-)Judgement as me as if it was reality.


I forgive myself that i have accepted and allowed myself to think or believe that the experiance/emotional energy of fear/anxiety/stress was real and valid instead of realizing that in fact it was a way i wanted to protect my selfinterst as Judgement, Comparison so that i within myself could feel/experiance myself/make myself believe that i am somehow a superior Ego and a Backdoor to if it might just happen that i can find/manifest my hidden wants/needs/desires i can JUST (justify) follow/persue them, leave process and turn a blind eye to what i had seen/realized or was shown – In this i forgive myself that i have accepted and allowed myself to blame B for the energies of fear/stress/anxiety what i had created in selfinterest within myself and in so doing, creating a connection in my mind where i would then develop the idea/fear of Bernard that he would possibly/propably kick me out, again, instead of realizing that i as the Mind/Ego created this connection as a point to possibly place the blame to justify/excuse to possibility of „giving up/failure/selfinterest“ that i had already accepted within myself.


I forgive myself that i have accepted and allowed myself to use/abuse this fear as a motivator to walk process, my mind, instead of realizing that thus my total process was walked as fear from starting-point of mind and thus is not real.


I forgive myself that i have accepted and allowed myself to use/abuse this fear of failure as a justification/excuse to not fully commit to walking process.


I forgive myself that i have accepted and allowed myself to create complete Paranioa of „Being kicked out of Process/the group“ from this memory and then victimizing myself to my own paranoia – instead of realizing that in fact i was creating it all by myself for myself to justify generate separation/superiority and thus allowing my want of just not wanting to equalize myself, which is Self-Righteousness.
Eingestellt von Andi um 12:16